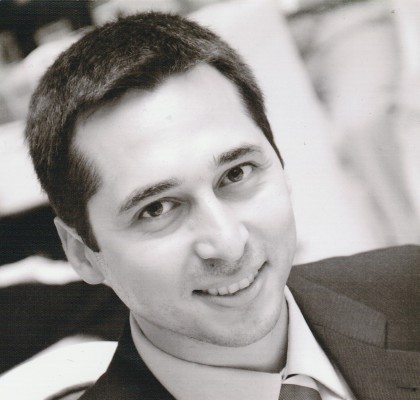 He was born in Ankara in 1976. Primary (1987), secondary (1990) and high school (1993) educations were completed at TED Ankara Collage. He graduated from the Faculty of Veterinary Medicine, Ankara University in 1999. In 2000, he started his master’s degree study in the Department of Surgery, Faculty of Veterinary Medicine of Ankara University. In January 2002, he was assigned as a research assistant in the Department of Surgery. In 2003, he completed his master’s degree thesis “Mandibular traumatic lesions in cats and dogs”. Subsequently, he started his PhD education in Surgical Department in 2003 and in the December 2007 he completed the thesis titled “Application and clinical assessment of toggle pin with monofilament nylon sutur material for treatment of coxofemoral joint luxation in dog and cat”, achieved his PhD degree.

Since November 2017, he has been working as a faculty member at the Department of Surgery, Faculty of Veterinary Medicine of the Near East University. He is married and has got two boys.